Music for clarinet and guitar 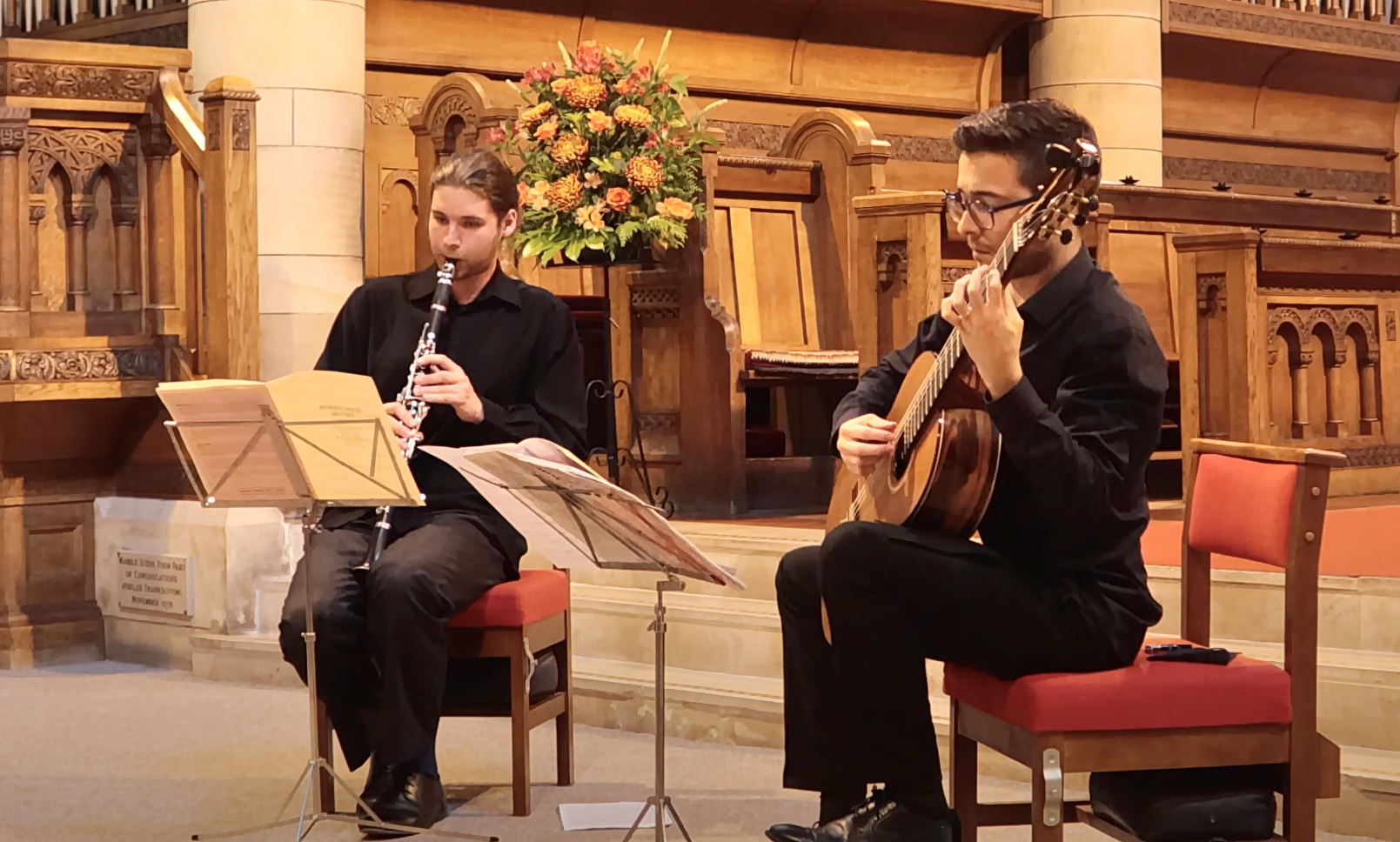 Matas Ščerbauskas started playing the clarinet when he was only 8, beginning with lessons at a local music school, and continuing his studies professionally at age 15 at a conservatoire, also in his home city of Kaunas, Lithuania. Whilst there he participated and received awards in music competitions in Lithuania, Austria and Ukraine, and in 2014 was given a prestigious award from the president of the Lithuanian Republic for his achievements as a clarinet performer.
Matas started undergraduate studies at the Royal Conservatoire of Scotland (RCS) in 2015, since when he has participated in many and diverse musical productions with conservatoire students and teachers alike, including a solo debut alongside RCS wind orchestra and apprenticeship schemes, performing with Scottish Chamber, Scottish National and BBC Scottish Symphony Orchestras. In 2021, working with internationally-renowned clarinettists Maximiliano Martin and Nicolas Baldeyrou, Matas graduated from the RCS with a MMus Performance degree.
Today, Matas performs across Scotland as a member of the ‘Silver Keys’ clarinet quartet, has been invited to perform with the National Symphony Orchestra in Ireland, and tours alongside guitarist Jacopo Lazzareti in recitals where they explore and perform classic and contemporary genres.

Jacopo Lazzaretti is a versatile and exciting guitarist from Rome, currently based in Glasgow. He graduated from the Conservatoire of Santa Cecilia in Rome in 2017 and completed the Masters Degree in Performance at RCS in June 2019. Jacopo has performed in many masterclasses with some of the worlds most well-known guitarists and he has been strongly inspired by musicians such as Arturo Tallini, Giulio Tampalini, Matthew McAllister, Allan Neave and Pavel Steidl.
As a soloist, he has played in many concerts in Italy as well as abroad and won several prizes in national and international guitar competitions, such as 30th Young Musician International Competition Città di Barletta (2020), 8° International Competition Alirio Diaz of Rome (2019), North East Scotland Classical Guitar Society Award (2017). Since 2018, he has been a solo artist for Live Music Now Scotland. Another important aspect of his musical life is his passion for chamber music, resulting in collaborations with other musicians, and giving recitals as the JKL Duo with his partner flautist Kerry Lynch.

Their programme explores the idea of pairing music from different composers in a voyage narrated by either a solo instrument (guitar or clarinet) or by the two together. Through connection or juxtaposition, the audience will participate with the performers in a journey of different sounds, musical languages and emotions.